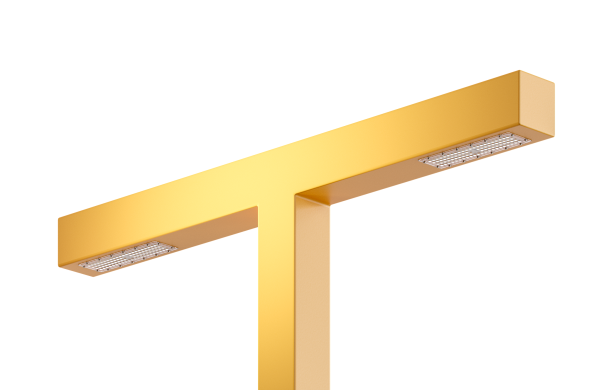 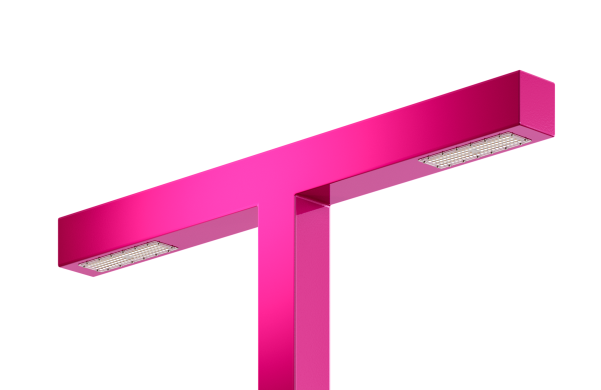 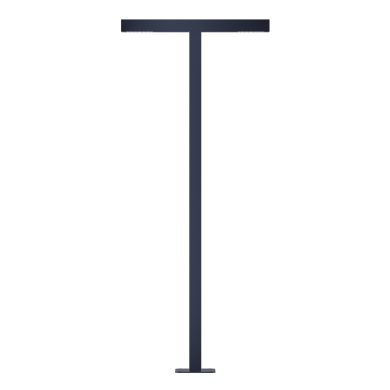 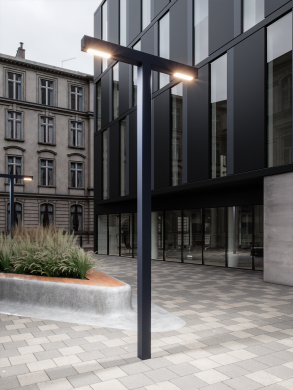 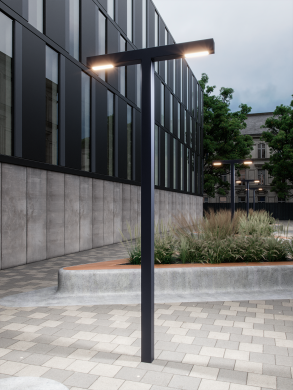 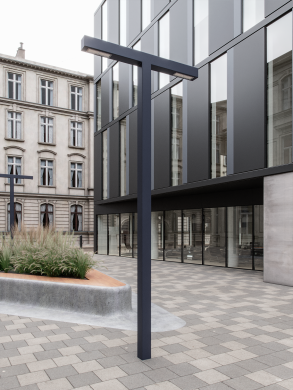 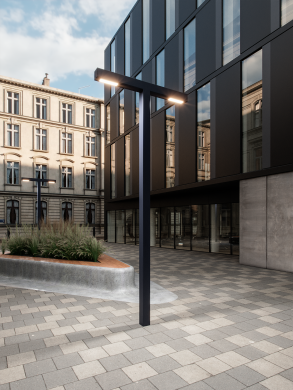 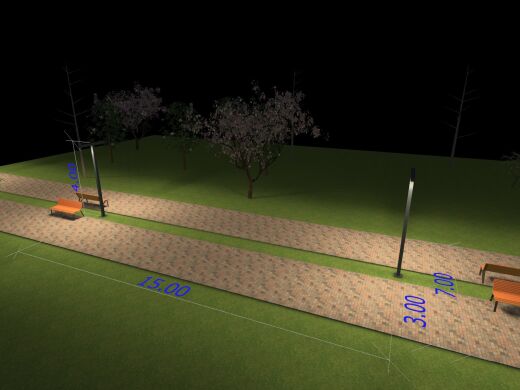 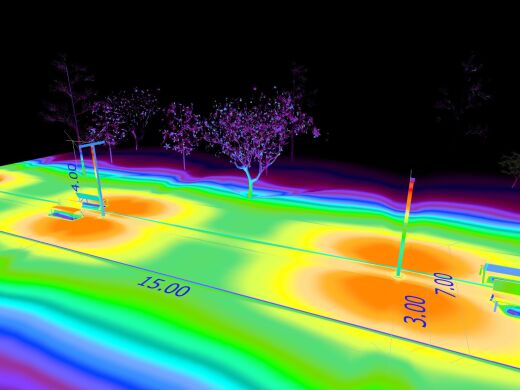 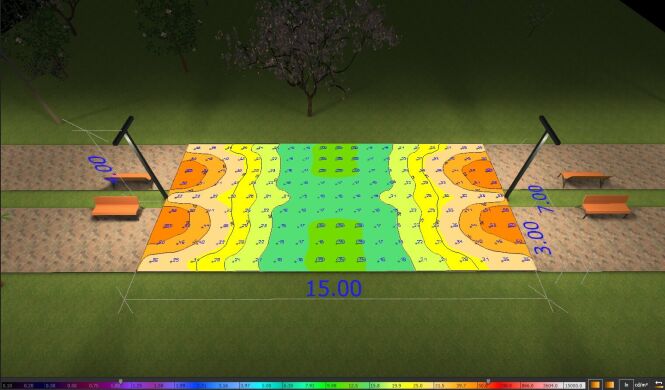 Stolb Park CUT-T is a series of park luminaires that were developed on the basis of the Stolb Park CUT luminaire, and unlike the latter has a dual LED module, which is located symmetrically on both sides of the support. This solution allows you to qualitatively and comfortably illuminate the park bicycle paths and pedestrian paths, public squares and recreation areas.

The support is made of a profile pipe of 120х120 mm with a wall thickness of 3 mm. The use of such a massive profile is due to the behavior of the supports under wind loads and the movement of vehicles that create vibrations, and as a consequence, the oscillations of the support, which adversely affects the mechanical properties of the support (profile uniformity, resistance of welds and corrosion coating) and LED module and electrical connections. The use of a profile of smaller cross-section, such as 120x60 mm or 100x100 mm will reduce the cost of support, but at the same time it will reduce the mechanical stability under external conditions and possible damage to electrical equipment and the structure itself. Therefore, our specialists chose the profile 120x120 mm as the main material for the construction of Stolb Park CUT.

The Stolb Park CUT-T luminaire is protected against corrosion by means of powder coating with preliminary cleaning of the structure and application of a zinc-containing primer. There is a choice of any RAL palette for painting the support without changing the cost. Additionally, gas-thermal zinc spraying at a height of 0.25 m from the support flange in accordance with EN 40-5: 2002 is used to protect the support flange.

As a light source, the LED module on high-quality Philips LED components is used, which guarantees stable operation of the LED light module for 5 years. The power source for this system is the Philips driver, which has the best value for money on the market. This combination allows you to qualitatively, reliably and stylishly illuminate any area (see Fig. 1). 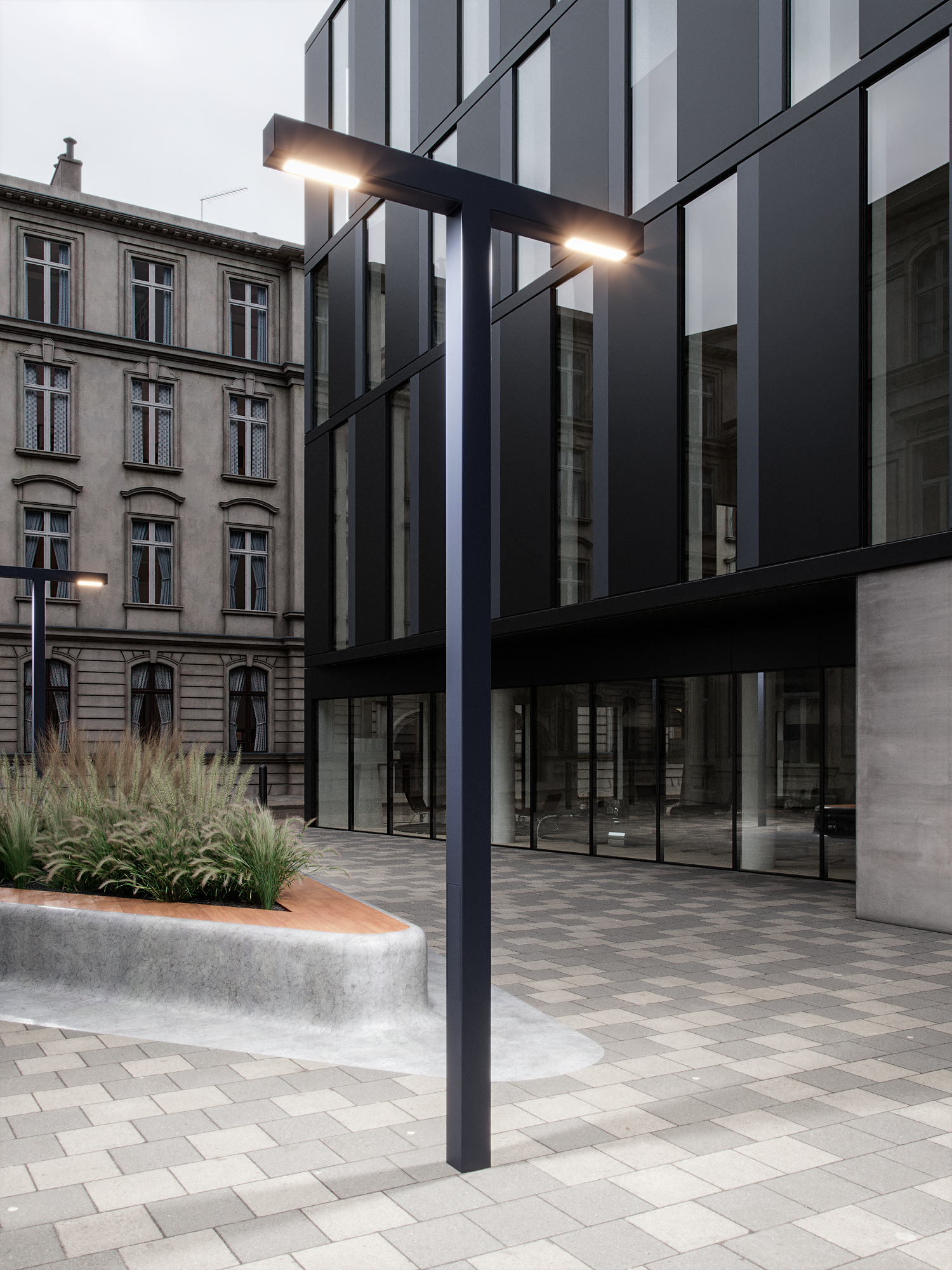 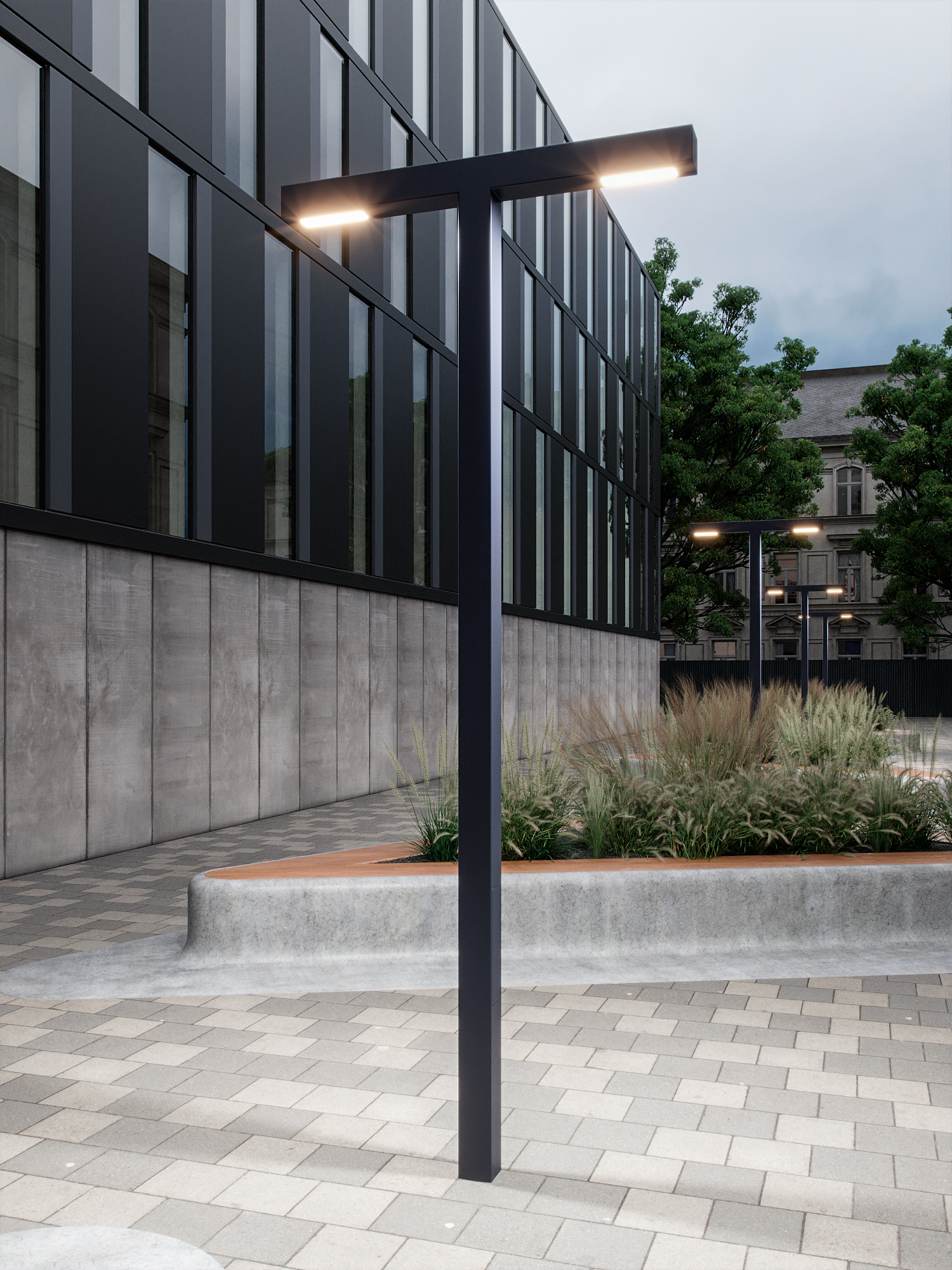 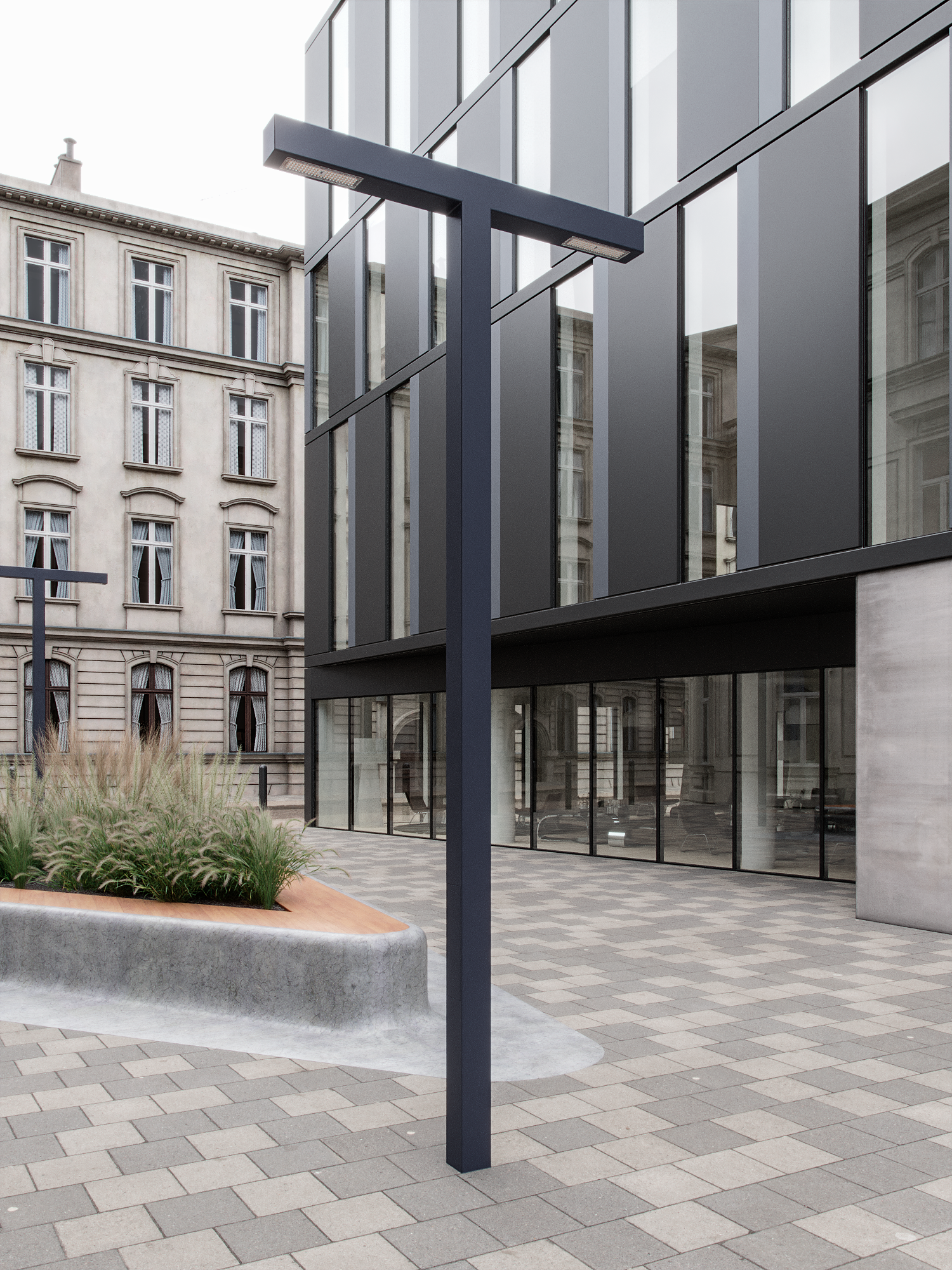 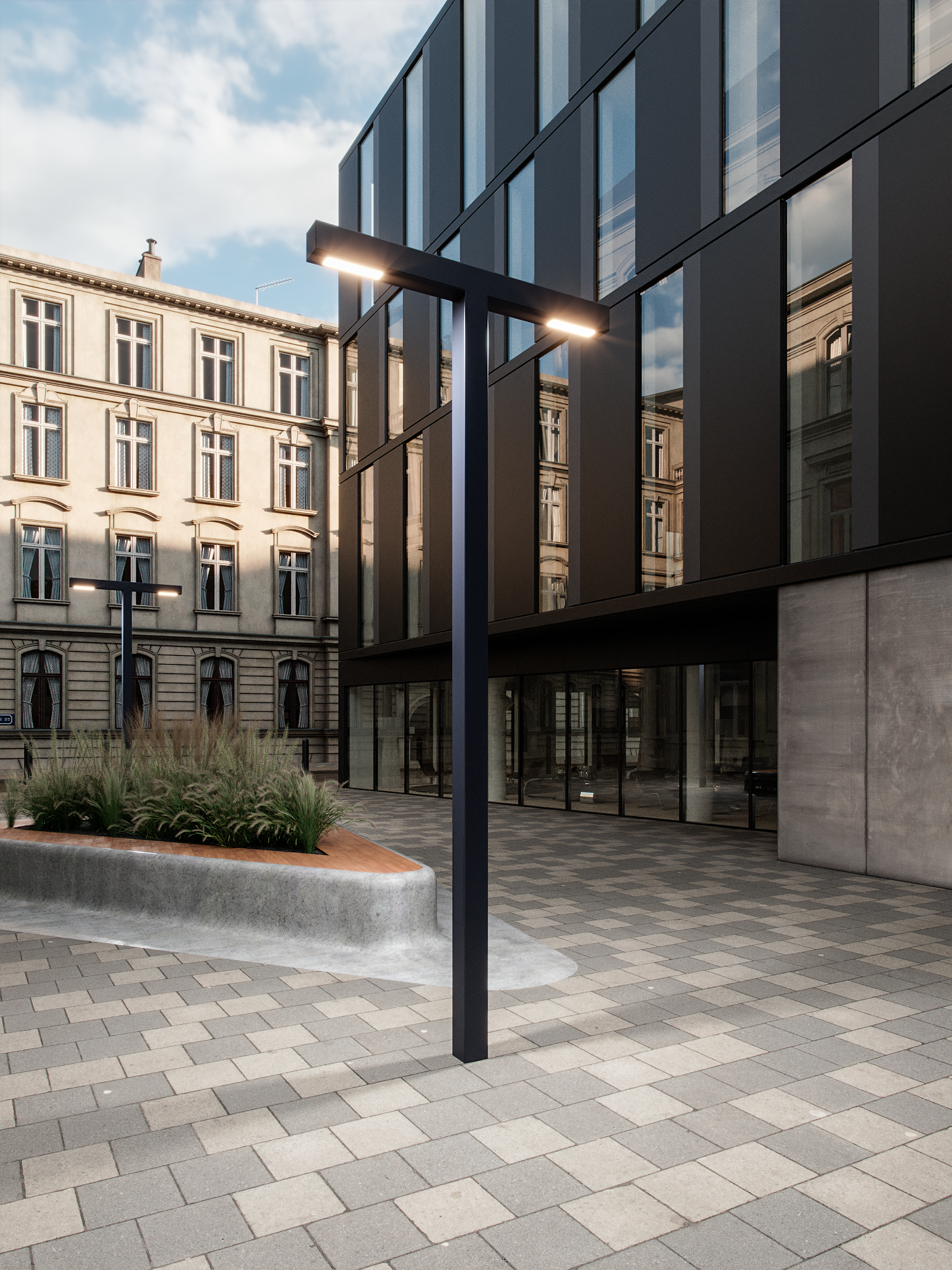